Psalm 3-Put Your Trust in the Lord 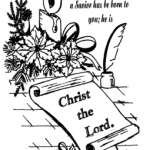 As Christians we must believe and know that the Lord is our present help in time of trouble. Jesus Christ is our present help! Sometimes, we are chastened by the Lord because of our sins and rebellion. This psalm of David shows that God permitted this turmoil in David’s life due to his rebellion of murder and adultery. The Bible shows that David confessed his sins and was forgiven by God but reaped the consequences and bitterness of his sins.

Including:
•Death of the son that was born from his adultery
•The rape of his daughter
•The slaying of his sons Adonijah, Ammon and Absalom

David put his trust strong in the Lord during these times. David knew that God was his shield. Even though David brought a lot of his own troubles, he continuously sought the Lord. David was haunted by the treachery of his son Absalom. Even in the midst of all of David’s troubles he knew that the Lord would lift up his head.

We must take lesson from David to know that in times like these we must lift up our eyes in prayer. In Psalms 3:4, David cried unto the Lord with his voice and was heard from by the Lord of heaven.

In this psalm David not only prayed but expected to receive an answer from the Lord concerning victory. This should be our pattern while living here on this earth. We are constantly going through trials, tribulations, hurts and disappointments. Sometimes, these are from people that are really close to us just like David with his son Absalom. Like David we should put our trust in the Lord and run to Him in prayer. After our praying we are to expect victory and not defeat. David went as far to say that he would not be afraid of the tens of thousands of people that would set themselves against him.

Like David we should not fear our supposed enemies but stand strong to see the glory of God fulfilled. Finally we should not carry grudges against people, but should ask for God’s blessing upon them.

While Jesus was on the cross he stated to forgive his accusers and persecutors “for they know not what they do.” We also see the first martyrs Stephen in the book of Acts, asking for the forgiveness of his persecutors as he was being stoned. Only Jesus can give us this type of love in our hearts as we seek him through prayer.

Psalm 3 -Put Your Trust in the Lord

Whosoever denieth the Son, the same hath not the Father: he that acknowledgeth the Son hath the Father also.
1 John 2:23

I am crucified with Christ: nevertheless I live; yet not I, but Christ liveth in me: and the life which I now live in the flesh I live by the faith of the Son of God, who loved me, and gave himself for me.
Galatians 2:20