Isaiah 55:8-9: For my thoughts are not your thoughts, neither are your ways my ways, saith the Lord. 9 For as the heavens are higher than the earth, so are my ways higher than your ways and my thoughts than your thoughts.
• He is a God that is above all of our thoughts and wildest imaginations
• We are foolish when we try to fit God into our little mold
• To make his plans and purposes conform to ours
• We must seek to fit into his plans

Proverbs 14:12: There is a way which seemeth right unto a man, but the end thereof are the ways of death.
• Most times in our minds, our way seems to be the right way
• The way of human reasoning
• But God may have a different way
• A way that we may not be used to
Proverbs 21:2: Every way of a man is right in his own eyes: but the Lord pondereth the hearts.
• The Lord has to give us spiritual eyes to see and spiritual ears to hear
• Then we can understand the ways of God
• And recognize the ways of God
o Which are above our ways
o What we are used to doing
o How we have always reacted

Naaman – was General in the Syrian Army (He was not a believer) (He followed the cult Rimmon or we know as Baal)
• He had climbed to the highest level in his profession
• But he had an issue, “he was a leper.”
• Leprosy was considered a curse that was caused by sin. (in that day)
Lev. 13:44-46: 44 He is a leprous man; he is unclean: the priest shall pronounce him utterly unclean; his plague is in his head.45 And the leper in whom the plague is, his clothes shall be rent, and his head bare, and he shall put a covering upon his upper lip, and shall cry, Unclean, unclean.46 All the days wherein the plague shall be in him, he shall be defiled; he is unclean: he shall dwell alone; without the camp shall his habitation be.
• This scripture was Naaman’s Destiny
• He had climbed to the height of his profession
• His position, power, or Money could save him
• His false gods could not save him
• His worldly authority was not his hope
• Only God was His only hope
o Unless God could touch Him and Heal him

Kings 5: 1- 5 Now Naaman, captain of the host of the king of Syria, was a great man with his master, and honourable, because by him the Lord had given deliverance unto Syria: he was also a mighty man in valour, but he was a leper.2 And the Syrians had gone out by companies and had brought away captive out of the land of Israel a little maid, and she waited on Naaman’s wife.3 And she said unto her mistress, Would God my lord were with the prophet that is in Samaria! for he would recover him of his leprosy.4 And one went in, and told his lord, saying, Thus and thus said the maid that is of the land of Israel.5 And the king of Syria said, Go to, go, and I will send a letter unto the king of Israel. And he departed and took with him ten talents of silver and six thousand pieces of gold, and ten changes of raiment. (about $20,000 in silver, $60,000 in gold in today’s money)
• The Little servant maid that loved Jehovah God tried to tell Naaman
• But he had too much pride to listen to a little maid
o Status in the world is not status with God
o This little maid was in better shape spiritually than Naaman was

IN 2 KINGS 5: 13
13 And his servants came near, and spake unto him, and said, My father, if the prophet had bid thee do some great thing, wouldest thou not have done it? How much rather then, when he saith to thee, Wash, and be clean?

14 Then went he down, and dipped himself seven times in Jordan, according to the saying of the man of God: and his flesh came again like unto the flesh of a little child, and he was clean.
• Naaman almost missed his blessing
• Naaman listened to “wise counsel” and was HEALED

NAAMAN EVEN EARNED A PLACE IN THE NEW TESTAMENT
Luke 4:27 And many lepers were in Israel in the time of Eliseus the prophet; and none of them was cleansed, saving Naaman the Syrian.

THERE IS NO OTHER GOD THAT CAN HELP US
WE NEED TO LET HIM BE GOD IN OUR LIVES:
NOT OUR WAY BUT GOD’S WAY
WHEN WE DO IT OUR WAY, WE MAY MISS GOD’S BLESS (LIKE NAAMAN ALMOST DID)
John 14:6 Jesus saith unto him, I am the way, the truth, and the life: no man cometh unto the Father, but by me.
GET PRIDE OUT OF THE WAY!
• Often the proud don’t know they are prideful
• and they won’t listen because their arrogance blinds them.
PRIDE STOPS YOU FROM HEARING THE TRUTH EVEN IF THERE IS CLEAR EVIDENCE.
• Naaman couldn’t hear the servant girl

THE BIBLE DESCRIBES HUMILITY AS MEEKNESS, LOWLINESS, AND ABSENCE OF SELF.
Colossians 3:12-13: Put on, therefore, as the elect of God, holy and beloved, bowels of mercies, kindness, humbleness of mind, meekness, longsuffering;13 Forbearing one another, and forgiving one another if any man have a quarrel against any: even as Christ forgave you, so also do ye.

DON’T GET MAD AT GOD OR PEOPLE: HUMBLE YOURSELF BEFORE THE LORD
HE HAS THE ANSWERS TO YOUR LIFE
JESUS IS THE ONE THAT CAN FIX IT.

Give your heart to Jesus today by saying this prayer:

Dear Lord Jesus,
Thank you for dying on the cross for my sin. Please forgive me. Come into my life. I receive You as my Lord and Savior. Please, help me to live for you the rest of this life. Fill me with your Holy Spirit. In the name of Jesus, I pray.
Amen. 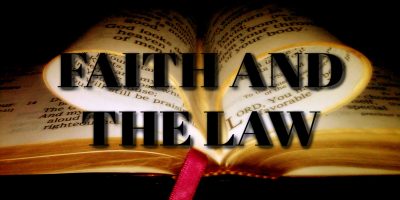 Faith and the Law

Jesus Christ sets his people free from the condemnation and oppression of the law. Through the Holy Spirit, believers are able to fulfill the law

Everyone who has sinned. The term is frequently applied to persons who are considered to be outside of God’s covenant of grace, and whose transgressions 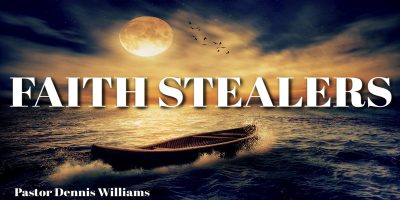 Nature of Faith Belief in God and Jesus Christ, as well as a dedication to them. Even when the objects of faith are unseen, these

Touch Not Mine Anointed Pt 2

Individuals who have been equipped to carry out spiritual jobs or responsibilities are mentioned in the Bible. Jesus Christ was equipped for his work Is

Touch Not Mine Anointed

Deception and God’s Nature God’s nature and purposes are completely opposed to deception. The gospel is founded on God’s total truthfulness, whereas sin is founded

Sing unto the LORD; for he hath done excellent things: this is known in all the earth.
Isaiah 12:5

And I knew him not: but he that sent me to baptize with water, the same said unto me, Upon whom thou shalt see the Spirit descending, and remaining on him, the same is he which baptizeth with the Holy Ghost.
John 1:33