1 Samuel 17:47: And all this assembly shall know that the Lord saveth not with sword and spear: for the battle is the Lord’s, and he will give you into our hands.

Romans 8:37: Nay, in all these things we are more than conquerors through him that loved us.
Ephesians 2:10 – For we are his workmanship, created in Christ Jesus unto good works, which God hath before ordained that we should walk in them.
1 John 4:13: Hereby know we that we dwell in him, and he in us, because he hath given us of his Spirit.
• No matter how significant we think we are
• Conquer through Him
• Because we are In Him
• And He is in us

THE BATTLE BELONGS TO THE LORD BY HIS SPIRIT

Zechariah 4:6 Then he answered and spake unto me, saying, This is the Word of the Lord unto Zerubbabel, saying, Not by might, nor by Power, but by my spirit, saith the Lord of hosts.
• Personality and Charisma is not going to get (will make you think it is God)
• Physical strength and Power
• We need the eyes of the Lord
We see situations going on in the Natural realms but react Spiritually
• Train your spirit man
• It is a training ground have the eyes and ear of the Lord
• Do what we learn

The Well Known Battle between David and Goliath

DAVID WAS READY TO STAND IN THE BATTLE WHEN EVERYONE WAS IN FEAR
• Fear quenches faith
• Makes us confess the problem continually
Before this Battle with a Giant called Goliath
Even the King of Israel Saul was in fear 1 Samuel 17: 11 and vs. 24)
But David stepped up to the Battle
• In your family circle
• Someone has to step up to the Battle
• And Fight the Giants

1 Samuel 17:33-37 ( David had testimonies)
Vs.33 And Saul said to David, Thou art not able to go against this Philistine to fight with him: for thou art but a youth, and he a man of war from his youth.
Vs. 34: David said he defended the flock of sheep from a lion and a Bear
Vs. 35: David delivered the animal from the Lion’s mouth and said when he arose up against me I caught him by the beard and smote him and slew him
Vs. 36: David said Goliath shall be as one of them seeing he has defied the armies of the Living God
Then in Vs. 37 – David went on to say from where His help came from:

1 Samuel 17:50: So David prevailed over the Philistine with a sling and with a stone, and smote the Philistine, and slew him, but there was no sword in the hand of David.
• Vs. 51 –He took Goliath’s own sword and cut the Giants head off
The Bible says and take the Sword of the Spirit which is the Word of God

Give your heart to Jesus today by saying this prayer:

Dear Lord Jesus,
Thank you for dying on the cross for my sin. Please forgive me. Come into my life. I receive You as my Lord and Savior. Please, help me to live for you the rest of this life. Fill me with your Holy Spirit. In the name of Jesus, I pray.
Amen. 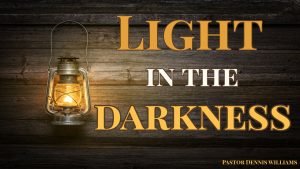 Light In The Darkness | Trim Your Lamps

JESUS IS COMING! EXAMINE OUR WAYS TO SEE IF ANYTHING WE ARE DOING IS GRIEVING THE HOLY SPIRIT Ephesians 4:30: And grieve not the holy 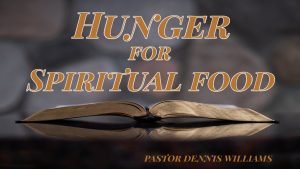 Psalm 119:9: Wherewithal shall a young man cleanse his way? by taking heed thereto according to thy Word.” Psalm 119:10: With my whole heart have 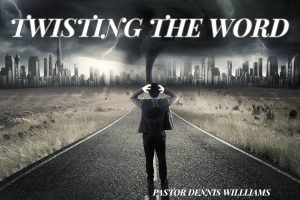 Twisting the Word | Spirit of Error

https://youtu.be/q2vayfN6PxI I John 4:6: We are of God: he that knoweth God heareth us; he that is not of God heareth not us. Hereby know 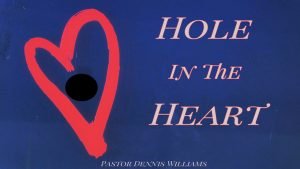 Hole in the Heart

There is a hole in the middle of our hearts until we find Jesus! Only Jesus can quench our thirst and hunger! Matt 5:6: Blessed 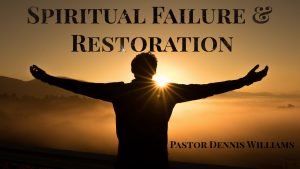 Spiritual Failure and Restoration | I Will Heal Their Backsliding

WE HAVE SOMETHING THAT THE OLD TESTAMENT BELIEVERS DIDN’T HAVE We have the Trinity living inside of us according to the Bible John 14: 16 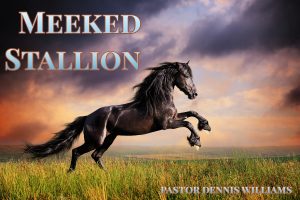 https://youtu.be/XU_NpIAyLx8 Matthew 5:5: BLESSED ARE THE MEEK FOR THEY SHALL INHERIT THE EARTH WHAT IS MEEKNESS It sounds like weakness. But meekness is Power under

Now no chastening for the present seemeth to be joyous, but grievous: nevertheless afterward it yieldeth the peaceable fruit of righteousness unto them which are exercised thereby.
Hebrews 12:11