Christianity is a supernatural faith and we should not use the wisdom of this world to explain supernatural things.

1. We must compare spiritual with spiritual
2. And know that our war is in the spiritual realm
3. Yes Jesus completed the work on Calvary
4. But we still have the master deceiver who is the Devil to deal with
5. We cannot lay our weapons down

1. Must be strong to fight
2. Strength comes from the Word of God and prayer
3. This is on an individual basis
4. We should not depend on a teacher or Pastor to fend for us

Some people don’t believe what they can’t see but there is a spiritual realm to deal with and we should seek the Lord to be led by the Spirit.

Colossians 1:16 gives us insight into the spiritual realm saying, “For by him were all things created, that are in heaven, and that are in earth, visible and invisible, whether they be thrones, or dominions, or principalities, or powers: all things were created by him, and for him.” Angels such a Michael and Gabriel are the highest rank of angel being arch angels and having “thrones.” Other angels are identified as cherubim and seraphim having “dominions.” Further there are “principalities” which would be the angels in positions over other lesser angels. The “powers” would be the rank and file worker or “ministering” angels.
a. The created cannot be more powerful than the creator
b. We must learn this in supernatural spiritual warfare

Matthew 24:24 For there shall arise false Christs, and false prophets, and shall shew great signs and wonders; insomuch that, if [it were] possible, they shall deceive the very elect.

2 Cor 11:3, 13,14,15: 3But I fear, lest by any means, as the serpent beguiled Eve through his subtilty, so your minds should be corrupted from the simplicity that is in Christ. 13For such are false apostles, deceitful workers, transforming themselves into the apostles of Christ. 14And no marvel; for Satan himself is transformed into an angel of light. 15Therefore it is no great thing if his ministers also be transformed as the ministers of righteousness; whose end shall be according to their works.

The Bible calls Satan an adversary.. that means that he is our enemy

But Jesus entered the world and gave us the victory

Concerning fighting the spirit realm over a person that is under demonic influence:

Alteration of voice :when a person is under the attack of a demon a voice will actually speak out of the person

(verse 4) And in the four and twentieth day of the first month, as I was by the side of the great river, which is Hiddekel. (5) Then I lifted up mine eyes, and looked, and behold a certain man clothed in lined, whose loins were girded with fine gold Uphaz: (6) His body also was like the beryl, and his face as the appearance of lightning, and his eyes as lamps of fire, and his arms and his feet like in colour to polished brass, and the voice of his words like the voice of a multitude.

Then I lifted up mine eyes, and looked, and behold a certain man clothed in linen, whose loins were girded with fine gold of Uphaz:

(vs7) And I Daniel alone saw the vision: for the men that were with me saw not the vision; but a great quaking fell upon them. So that they fled to hide themselves.

(vs8) Therefore I was left alone: and saw this great vision, and there remained no strength in me: for my comeliness was turned in me into corruption, and I retained no strength.

(vs11) And he said unto me, O Daniel, a man greatly beloved, understand the words that I speak unto thee, and stand upright: for unto thee am I now sent. And when he had spoken this word unto me, I stood trembling. (vs12) Then said he unto me, Fear not Daniel: for from the first day that thou didst set thine heart to understand, and to chasten thyself before thy God, they words were heard and I am come for thy words.

Please seek the Lord whenever you are going on a fast to ensure that the fast is done properly. Jesus loves you and stay close to Him. 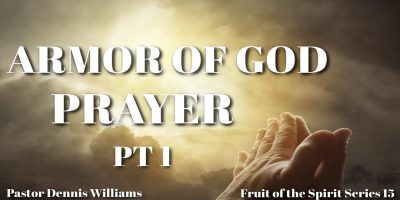 As we come to the end of our Armor of God studies, we realize two important points. In order to be effective as Christians wearing 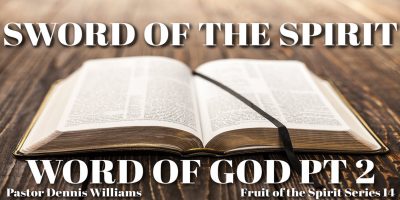 The Bible refers to Jesus Christ as God’s word. The gospel and God’s promise were all included in the word, which is support during adversity 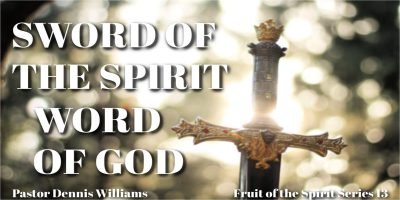 Sword of the Spirit | Word of God

The Word of God The declarations of God, especially as revealed in Scripture. This may take the form of commands or promises. The term can 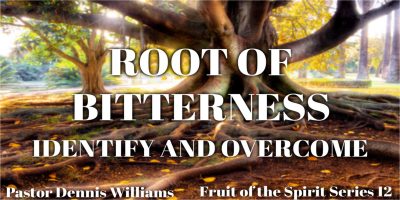 Root of Bitterness | Identify and Overcome

Bitterness– a state of rage and wrath, sometimes brought on by unfair treatment or unfavorable circumstances. The causes of bitterness Adverse personal circumstances Job 10:1 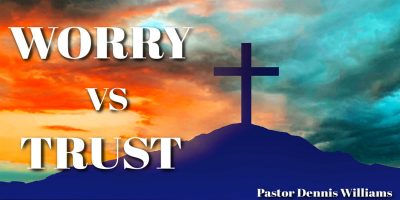 Worry Apprehension and unease about the future. According to the Bible, such anxiety ultimately stems from a lack of faith in God and his plans. 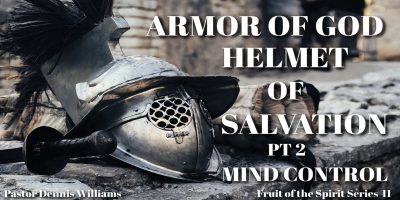 God bestows discernment through his Holy Spirit. It is received through the teaching of God’s word and the wisdom of a fresh perspective. Faithful people

Finally, brethren, farewell. Be perfect, be of good comfort, be of one mind, live in peace; and the God of love and peace shall be with you.
2 Corinthians 13:11

If ye then, being evil, know how to give good gifts unto your children: how much more shall your heavenly Father give the Holy Spirit to them that ask him?
Luke 11:13